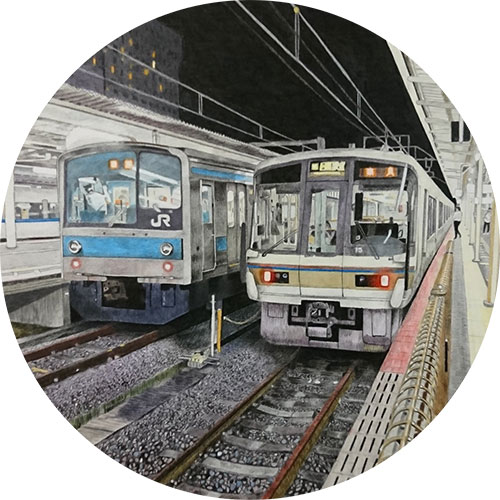 Profile: 4th year student of Japanese painting course, Department of Fine Arts, Osaka University of Arts. From 2019 he started drawing with colored pencil. He focuses on beautiful everyday scenes and casual scenes, and accurately expresses the colors sensed by his five senses.

It was about two and a half years ago when I started to draw with color pencils. But, since colored pencil drawing was not a major (popular) thing yet – I wanted to spread it to the world – IRODORIAL representative Mr. Bonbon, who is the team leader of IRODORIAL – invited me to participate!

－Could you tell us, what is the appeal of your activities at IRODORIAL?

As the group name “IRODORIAL,” suggests – there are a lot of colored pencil painters who draw realistically. But, even if they are the same type of realist, each person has a different motif, and the way they draw is completely different… I think it’s appealing that artists with their own individuality get together and work hard together toward the goal of “Spreading Colored Pencil Drawings!” Every member has their own characteristics and we all have the same goal–to make colored pencil drawings popular, while doing our best. That is the attractiveness of our activity.

-It’s a little “in-depth” question, but you said that you majored in Japanese painting at university. Why now do you want to spread colored pencil drawing to the world?

You are right (smile). In addition to Japanese paintings, I also did oil paintings for a while, and I also did watercolors. But, for some reason, I was strongly attracted to colored pencils. Originally, I was good at drawing detailed small things, so I wondered if colored pencils were suitable for me. And, since colored pencils are painting materials that I have been using since I was very young – I felt nostalgic. That is also the attractive part!

Q. Your profile image represents a picture with a train motif? Is there a specific reason?

I draw a lot of pictures of railways, but rather than “like” the railway itself – – I “like” the “scenery including the railway!” I like to “cut-out” the scenes that I usually see in my daily life, and I often draw such every day scenes!

-Do you have a clear idea of the motif you want to draw in your mind?

Yes, I do! Most of my motifs are natural scenery or ordinary scenes from my daily life. But, my concept for painting is to always go to the scene. Rather than just drawing “what I see”. I always try to draw “what I feel” with my five senses. So basically, I don’t try to draw things exactly as they are.

– “Feel it with your five senses and draw it!” Does that mean you want to include sounds, smells, and other things in your drawings?

Yes, I do! I often emphasize my first impressions of the scenery, what I remember, and what moved me when I saw it.

Is there any particular piece of work that makes you feel that way Mr. Mika?

I think it was last year that I painted a piece called “KAERIGIWA” meaning “On the Way Home”. I drew a picture of a river in the middle, surrounded by mountains and I had an impression when I looked at it… There was a moment when it looked a bit unrealistic and fantastic. I think I captured that moment! It was almost evening, so the lights of the houses were reflected in the water, but the way they were reflected was not as they actually were, but rather as I felt them when I saw them. It’s a little difficult to explain in words alone. But, I don’t draw with any particular meaning, not just for that particular work – – but, rather I draw from my senses. So I want the viewer to feel free to take it as they please.

Q. You said that you use “Iwa-enogu” (Japanese glass mineral pigments) for your Japanese-style paintings, but what kind of tools do you use for drawing/painting?

For colored pencil drawings, I mainly use KARISMACOLOR pencils, and I’m not particular about the rest. I don’t use more than ten (10) colored pencils to draw a single picture.

– Is that so? For example, did you only use about 10 colored pencils for your work “KAERIGIWA – On the Way Home” that you mentioned earlier?

I probably only used about five or six! On the other hand, if I don’t use that many, I can’t get that feeling… It’s not that I force myself to use less, but I naturally end up using 10 or less! But, the colors I use are always different. For example, if I’m working on a green nature scene, I use blue and yellow, and if I’m working on “KAERIGIWA – On the Way Home” I use very little yellow… I don’t use much blue and the main colors I use are purple and black. The color tone is also different in each work.

– Yes, I see – that is interesting. How many colors do you have now?

– WOW – That’s amazing! That many? But… you always choose about 10 of them for each work.

Q. This goes back to what you said earlier, but what is the appeal of colored pencils – – compared to other art materials?

Q. What is the most difficult part of making your work?

Well, I don’t really have a specific one – – But, it’s always a challenge. There are many things (smile). I have an ideal image of what I want, but it’s hard to get close to it. There are so many issues that come up every time… I struggle with it every time.

– I see – Understood. Do you sometimes consult with the people of “IRODORIAL” about such things?

Yes, I do! I talk to everyone at weekly meetings, and I ask them, “How do you draw this?” And so on… I do consult with them about such things. We discuss various things and we share the tips and methods.

Q. Is there anything that you would like to challenge yourself in – – regarding your future activities?

Well Yes! I would like to make larger works in the future. Right now, my works are basically size A3 or A2 at the most… In my Japanese painting studies at the university, I’ve done some very large works that are the equivalent to 100 postcards, and I’d like to be able to do that with colored pencils!

-I share your feelings. Yes, I understand that you want to “raise the bar” of the category called colored pencil drawing a little more.

Yes, that’s right! That is our goal and we are working really hard for that purpose.

Q. Do you have any information about your future activities, such as exhibitions? Please let us know.

Basically, I’m participating in group exhibitions in Osaka and Yokohama, where I exhibit and sell my work. The last time I had an exhibition was in July, so I think the next one will be next year. And, may I advertise one thing? This month (September at the time of this recording), we published a new book by IRODORIAL. This time, it’s a coloring book, and it comes with a rough sketch. So even those who haven’t drawn much – – can enjoy it – – as if it were a coloring book. So I really hope that many people will try it out!

-By the way, which motifs are you in charge of Mr. Mika?

－Is it possible to draw a little, if we just learn the technique? I need patience to draw in detail, don’t I?

Yes! Of course, you have to have good drawing skills, but it also takes patience. I’ve tried to explain it in detail (in the book). So, you do it one by one carefully. I think it’s difficult to draw it in one go (to draw all at once), but if you do it over and over again – – I think you will gradually become able to draw it! With practice, I think that you will be able to draw gradually by repeating it many times! Thank you Mr. Mika for this interview! 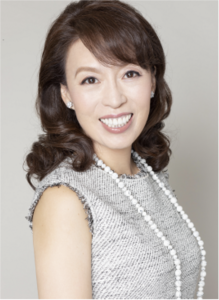 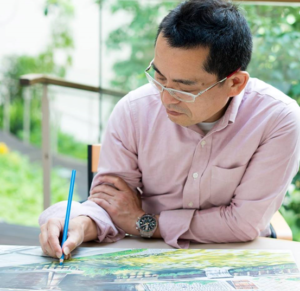 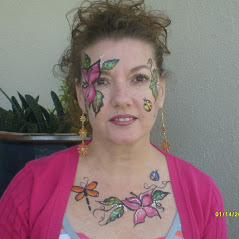 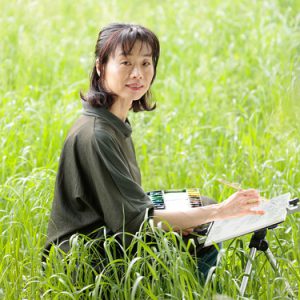 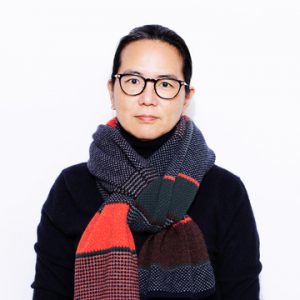 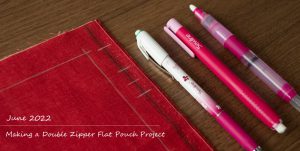 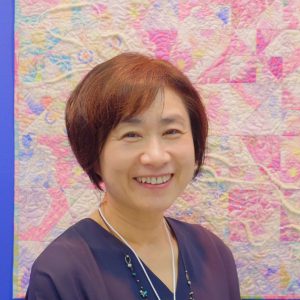 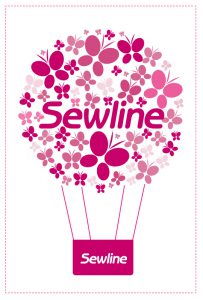 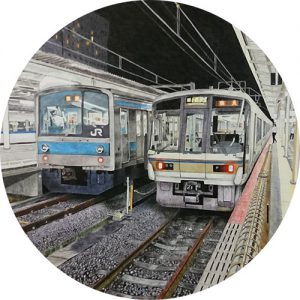 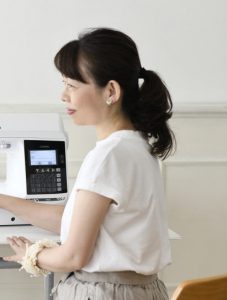 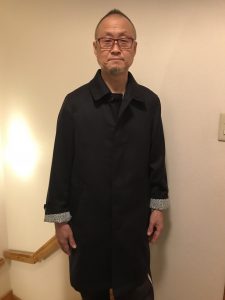 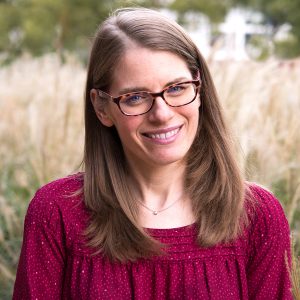 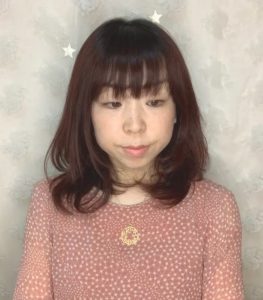 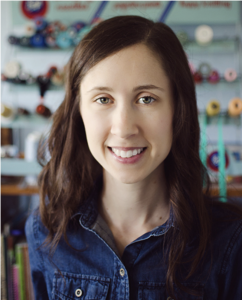 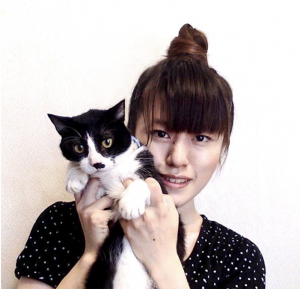 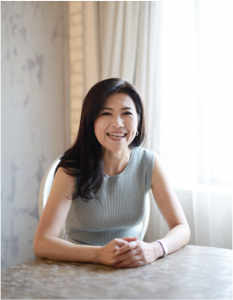 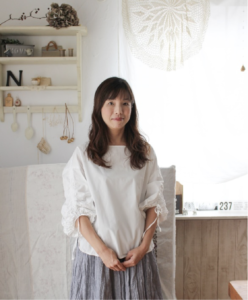